Although World War One was a conflict on a truly global scale, many countries remained neutral until the end of the war. Neutral, however, could in fact mean very different things: some neutrals maintained close relations with the Central Powers – among them, for example, Liechtenstein –, whereas others tended to stay nearer to the Entente Powers, e. g. Norway or Venezuela. A number of neutrals such as Albania, Persia and Luxembourg were directly affected by acts of war, while others largely remained untouched, including Spain, Sweden and Switzerland.
According to these very different experiences, the film production of neutral countries did not follow a common pattern. There were films explicitly addressing war-related events, whereas many others display the continuation of everyday routines, thus emphasizing a possibility of normality in exceptional times.
View more

Daily life in the neutral countries developed in different ways, according to the respective conditions in each country. At some places, trading companies succeded in taking advantage of the war by doing good business with combatant countries from both sides. Elsewhere, however, trade flows came to a standstill and plunged the economy. The working classes generally impoverished during and after the war as a result of inflation.

In films produced in neutral countries during the war, these effects are hardly noticeable at all. Most films acted as if no war was going on. In the surviving footage one finds scenes of farming and ranching, fishing, sports, religious and social events, and many other subjects that can hardly be connected to those war times unless you read them in a negative way – images of food abundance and peaceful everyday life made the country appear shielded against the threats from outside. View more

The extremely hard work of the fishermen battling against the greatness of the sea are the stars of this film. The war has not yet arrived. View more

When this film was released in 1917, World War One had brought destruction over Europe for the last three years. Normality and abundance of food are highlighted with an idyllic view of nature in the foreground. Neutrality acquires its value against the war. The usual becomes propaganda. View more

The Great War bursts just a few weeks after this footage was shot. Religious concentrations can be useful to ward off fears and ask that everything remains as before. This film rates among the oldest footage of a deeply rooted religious demonstration in Sevilla. View more

World War One caused large migratory movements across Europe. Some people found themselves in the middle of the battle lines and had to flee, amongst them many Belgians and Serbs. Others were forced to migrate as a consequence of the fall of the dynasties and the formation of new nation states, often less tolerant of ethnic and religious diversity – such as with the exchange of the Greek and the Turkish populations. These migration movements continued for several years after the war. International organisations such as the League of Nations emerged, which tried to regulate the streams of refugees and deal with problems related to the migrations. Neutral countries played a significant role in the hosting of the refugees as well as in the charitable initiatives that followed. View more

Between 1915 and 1919, thousands of Belgian refugees lived in a temporary refugee camp that was situated next to the Dutch town Uden. Such camps were conceived of as small villages with various facilities. View more

Scenes from the evacuation of the town of Wijtschaete in Belgium (Ypres region, today called Mesen/Messines). In June 1917, the British launched an offensive against the Germans. View more

French refugees with all their possessions in Weert, Netherlands, in October 1918. View more

This Russian newsreel from May 1918 shows refugees in In Orša (in today’s Belarus) waiting for transport to be sent home. View more

The so-called Dunsterforce mission was an expedition in Russia comprised of several Commonwealth troops under the leadership of Lionel Dunsterville. Its goal was to gather information, train and command local forces, and prevent the spread of German propaganda. View more 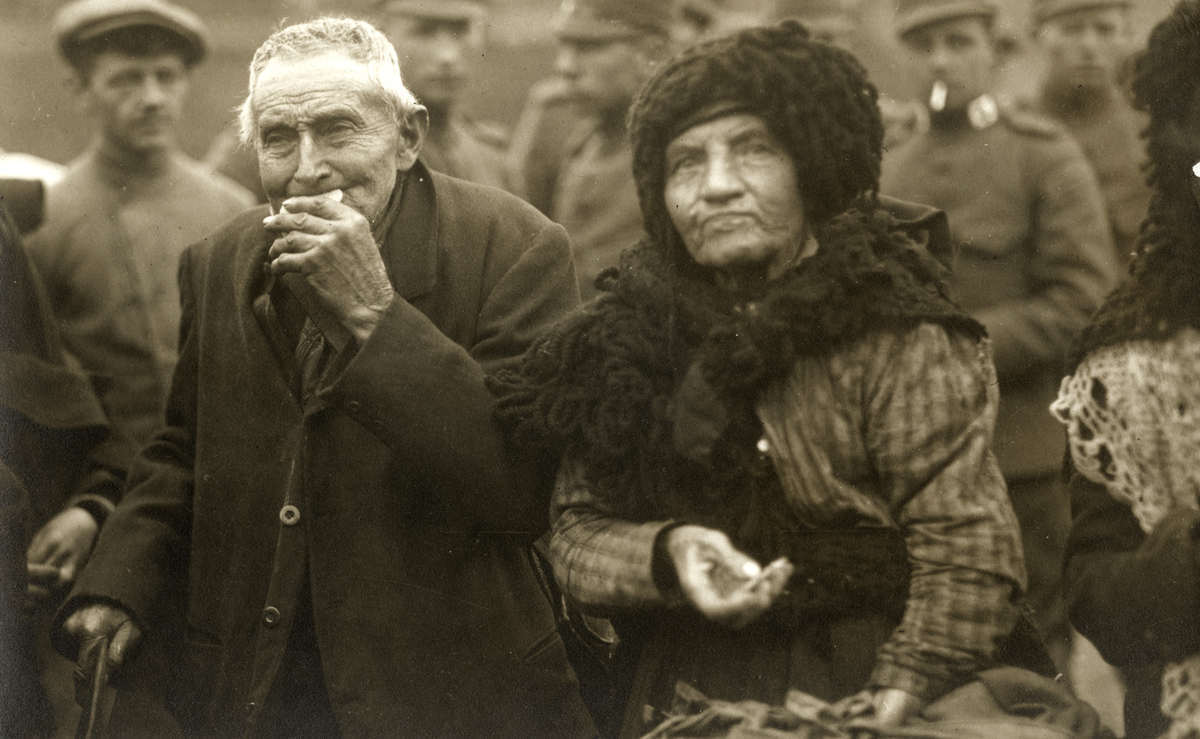 Fridtjof Nansen (1861–1930) was a Norwegian explorer, scientist, diplomat and humanitarian. Following his appointment in 1921 as the High Commissioner for Refugees, he devoted the rest of his life to the League of Nations. View more
Neutral countries