The foundations of the commemoration of World War One were already laid during the war, when the combatant nations established memorial sites, arranged exhibitions, erected museums, and performed national ceremonies on the occasion of particular military events. After 1918, the propagandistic messages of these signs lost or changed their meanings, and a widespread disillusion made its way. Gradually, people became more critical in view of the human and moral costs of the war. The European film production reflected this development. Many dramas of the early post-war years, for example, featured mentally or physically broken ex-soldiers. In most cases, however, the war served as a backdrop that provided plot opportunities for spy films, romances, and other genre films. From the mid-1920s on, the war increasingly came from the back to the fore: war films and anti-war films directly addressed everyday experiences in the trenches, the suffering and the dying of soldiers. Some of these movies superimposed archival footage from newsreels or propaganda films in order to suggest authenticity. View more

The war in post-war films

Throughout the history of mankind and as long as wars were fought, monuments commemorat-ing those wars have existed. According to military historian and theorist Martin Van Creveld, war monuments can be divided in three types. The first group immortalizes, sometimes in a highly exaggerated fashion, the victory of one nation or country. A secondary purpose of this kind of monument is to warn the defeated as well as future enemies for the consequences of a new at-tack. A second group of monuments commemorates those who died heroically for their country and a third group warns against war itself. Often the second and third groups are in many ways closely related. View more

“La Belguique martyre” plays on the image of the “poor little Belgian”, which was created in Entente propaganda. In Belgium there was a lot of hostility towards Germany, which did not cease after 1918. View more 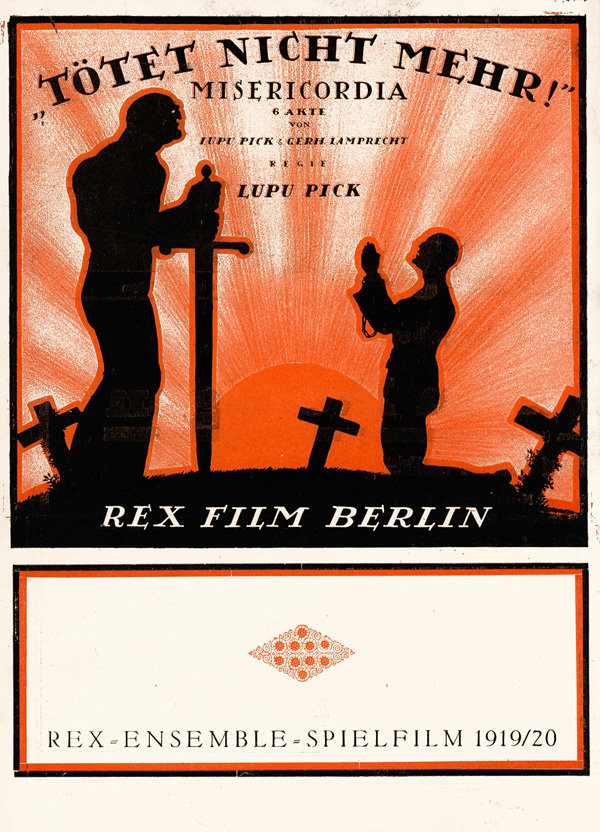 Based on a novel by Ludwig Ganghofer, “Der Ochsenkreig” demonstrates the defeated Germany turning its focus away from the recent events of World War One towards battles from the past. View more 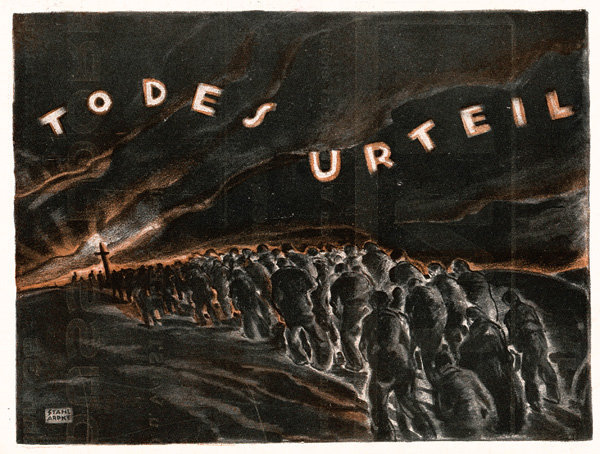 “Verdun, visions d’histoire” (top) and “Golgota Srbije” (bottom) are good examples for the combined use of archival footage and newly shot images. The documentary style was seen important by many as a means of honoring those who had fought for their country or lost their lives in the war. View more

“Českoslovenští dobrovolníci ve světové válce 1914–1918” is a good example for early attempts to archive footage from the war. Although the archiving of footage in a standardized way began a decade later, it was important for institutions to preserve images from the war that would be soon in demand for the upcoming ten year anniversaries. View more 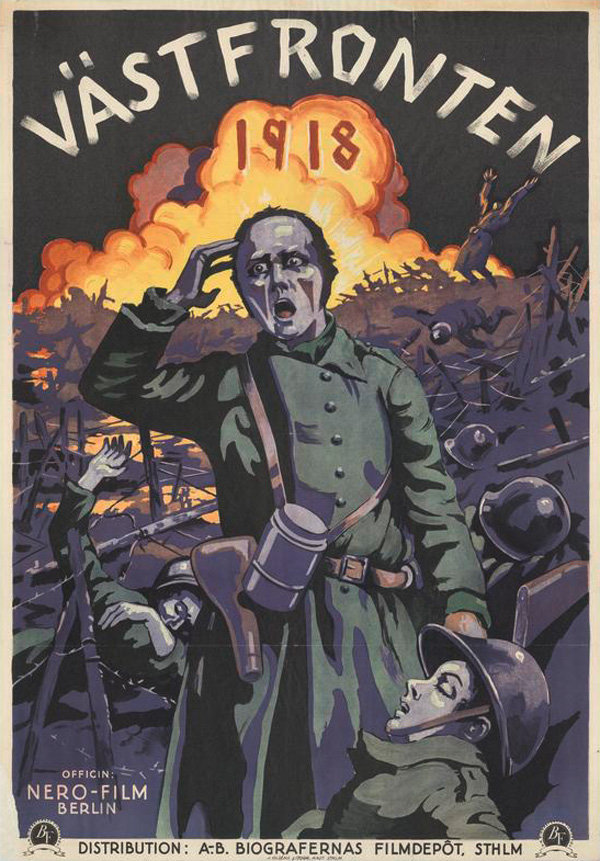 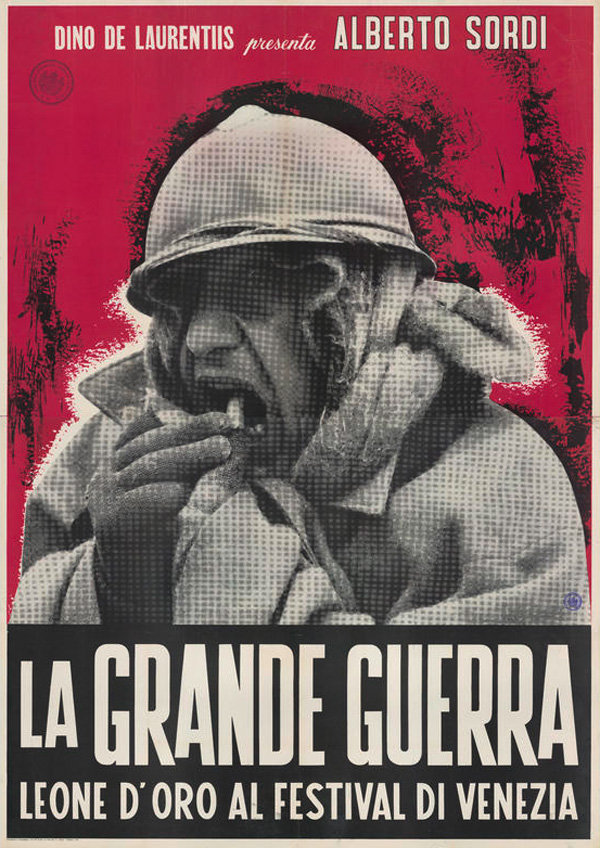 Hungarian propaganda films eagerly used the theme of self-sacrifice and heroism of those fighting during World War One. View more

Released in 1931, “Niemandsland” was one of the first films that deviates from hatred of the enemy towards hatred of war itself: Five men are trapped in a bunker in no-man’s land. Hatred, nationalism and mistrust give way to communication and mutual help. The goal is to survive, regardless of which side you are on. View more 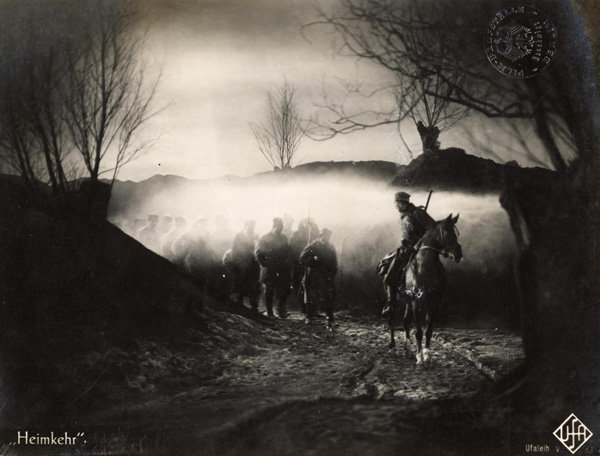 Since the outbreak of the World War One in 1914, a hundred years of film production have passed. Commemoration of the war had already begun during the conflict – in various ways and during various occasions. It was chiefly performed by means of celebrations and the erection of monuments. Celebrations took place during and after the war and monuments were also built and unveiled. The film production of combatant nations as well as of neutrals reflected these phenomena. Within such films, several characteristic features of the representation practices can be identified.
View more

The apotheosis of the “successful warrior” was shown in countless variations and sometimes inseparably connected with the season – for example in the form of an ice monumental bust of field marshal Paul von Hindenburg as presented here in Stuttgart in 1915. View more

Parades “on land & sea” and panegyric speeches were typical representations of self-confidence, power and military alliance of the Central Powers in the war period. View more 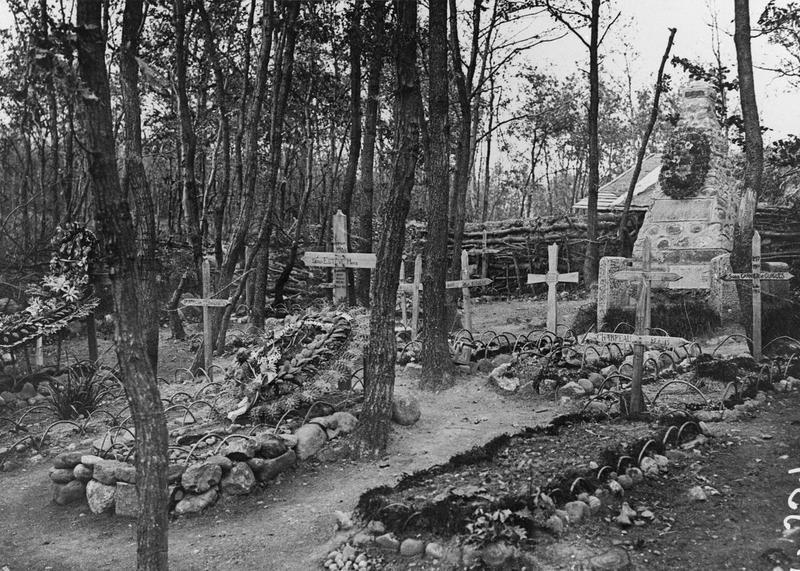 Countless artists created visual monuments related to World War One. An unforgettable one was the Belgian painter Alfred Bastien (1873–1955). His “Panorama de l´Yser” reveals the dehumanized atmosphere of the Battle on Yser from 1914. View more

The unveiling of local monuments dedicated especially to Czechoslovak volunteers or to victims of the First World War generally had the character of a village fete, with the involvement of political representatives and local authorities. View more 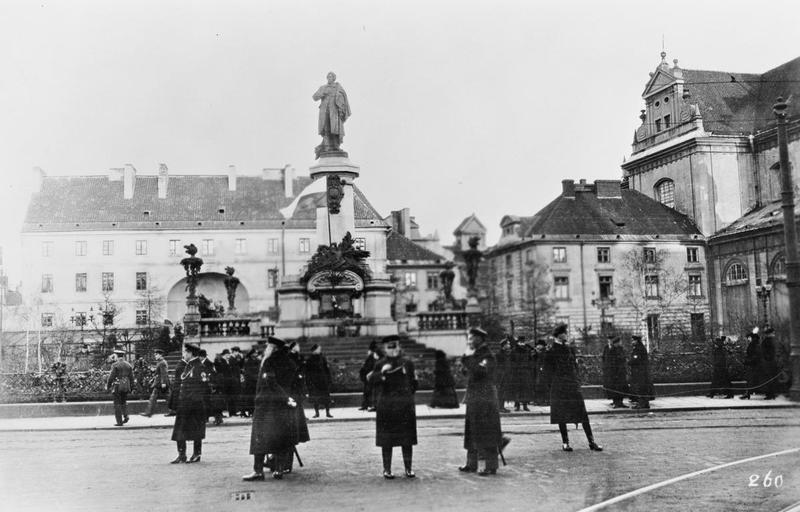 A deputation of officers of the Polish Legions in front of Adam Mickiewicz monument on Krakowskie Przedmieście Street in Warsaw after a proclamation of Kingdom of Poland by Germany and Austro-Hungary. View more

The unveiling of monuments very often took place during the most important national holiday. A monument created by Josef Mařatka (1874–1937), for example, was unveiled in Prague on 28th October 1932. Sculptures of volunteers represented a proud self-confidence of the young republic and faith in democracy. View more

More than fifty years after the end of World War One and on the occasion of various military events – such as the celebrations of Alpini – this Italian film addressed the cruelty of the battles in extreme conditions of Dolomiti. View more

An act of celebration could be realized on a personal level, as this film puts on display: as a recollection on dead Serbian comrades, emerging from seemingly forgotten stories from the abyss of time reflecting the Balkan campaign and carrying a moral message. View more
Commemorating the war